Create an Account - Increase your productivity, customize your experience, and engage in information you care about.

The Morgan's Point Resort Fire Department was founded in 1974 by Mr. Luther J. Reynolds as an all-Volunteer Department along with other concerned citizens of the community. The department was started with one truck and five members. Over the years the department grew with City. The Volunteers held many fund raisers to purchase needed equipment.

The department remained All Volunteer until May of 2005 when the City hired the first Paid Chief, Billy Richards. Chief Richards took over the department with ten active members. He came to our city with twenty- one years of experience in firefighting and EMS after retiring from the City Of Belton with the rank of Captain. Chief Richards top priority was fire training. He began a recruiting drive to bring more members into the volunteer program. As membership grew, the emphasis was turned toward the EMS First Responders and their training. Chief Richards retired in October 2015, and John Phillips was promoted to the chief position. The department now has thirty-two volunteers along with paid staff. Chief Phillips left the department in 2018 and Taran Vaszocz-Williams was promoted to the chief position in August, 2018.

The Fire Department is now located at 6 Lake Forest in the new Public Safety Center along with the Police Department and Code Enforcement. 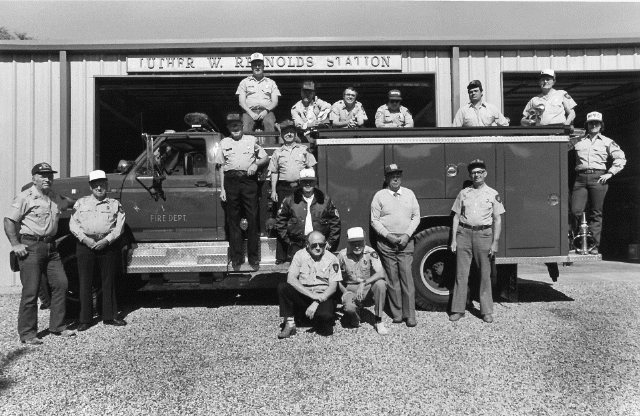